My expertise and enthusiasm for Apple products lead me to establish the NZMac.com website in 2003, as well as its sister site NZiPhone.com in 2008. At the time of the launch of NZMac.com I was writing for New Zealand Macguide Magazine, which now sadly is no longer published.

Writing for the magazine was a great opportunity to review a lot of fantastic Mac software, and the establishment of NZMac.com allowed that to continue, as well as provide a focal point for the vibrant Mac community within New Zealand.

The focus of NZMac.com was on community, and I ran both sites in such a way as to involve as many of the users of the sites in reviews and other events as possible. I am exceptionally proud of the work that I did establishing and running the sites, and of the community that the sites built up.

NZMac.com was New Zealand's largest Macintosh website, supporting Mac users and the use of their Macs. It included the latest New Zealand Macintosh news, discussion forums and reviews. It was also featured as a case study in the first edition of the "Joomla! A User's Guide: Building a Successful Joomla! Powered Website" book, showing how someone could establish a community site for users using the Joomla open source Content Management System. It was also mentioned briefly in the "Joomla! For Dummies" book as an example of a well-structured website. 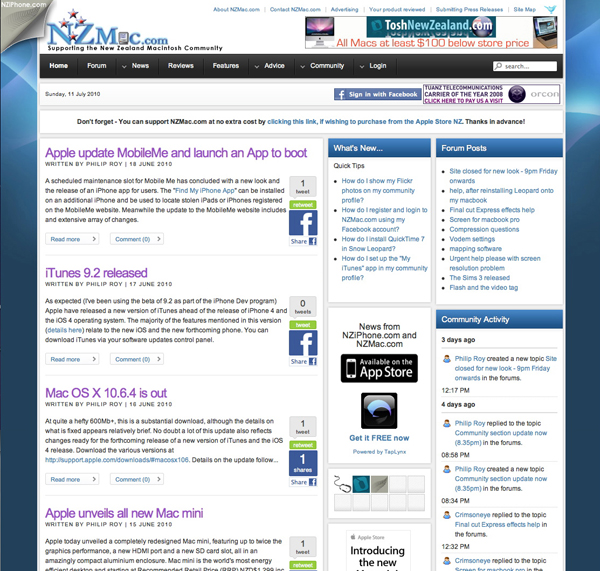 Here is an example of some of my writing from the NZMac.com website. This is a review of HyperStudio 5 which I had been given early access to. The review was published in 2008 and also appears on the HyperStudio website. 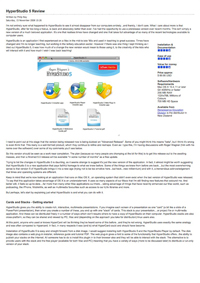 As well as running the sites, I also released a couple of widgets for Mac users.

The NZMac.com RSS News Widget allowed users to display either the 10 latest news, forum posts, blog posts, reviews or tweets from the NZMac.com and NZiPhone.com websites. Users could also set how often the widget checked for new items - every 15, 30, 45 or 60 minutes. The widget also featured an inbuilt update check system and would inform you when a newer version of the widget had been released.

The widget received a lot of attention worldwide and (released as open source under the Creative Commons "Attribution-NonCommercial 2.0" license) has been the foundation of many other widgets developed around the globe. The main developers of the NZMac.com widget were:

The NZMac.com Radio widget provided the ability for users to listen to New Zealand radio station streams that are available on the internet. The widget had a number of stations pre-set and you simply selected which station you wanted to listen to. The widget also featured an inbuilt update check and would inform you when a newer version of the widget had been released. The NZMac.com Radio widget was released by under the Creative Commons "Attribution-NonCommercial 2.0" license. Substantial credit and thanks went to...

NZiPhone.com launched on June 20, 2008 and was the companion site to NZMac.com. It was a site for New Zealander's using the iPhone, iPod Touch and iPad from Apple. NZiPhone.com was dedicated to providing the latest news on the iPhone and promoting Kiwi reviews and developers building iPhone applications. I sold the site (along with NZMac.com) in early 2011. 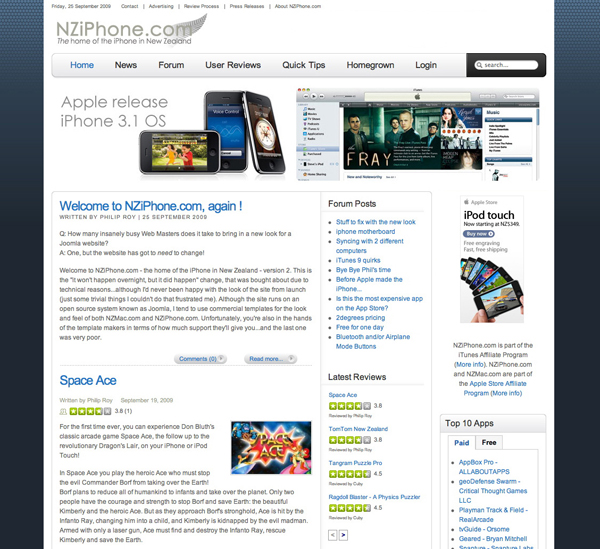